Born in Tehran, 1974, Sasan Nasernia began his career primarily as a calligrapher and typography artist. Exploring different avenues in Persian classical and also modern calligraphy, he has since expanded his practice to include painting, print, digital work and installation. Nasernia, who has a BFA from Azad Art University of Tehran; explores a myriad of themes in his work. He is broadly interested in playing with the tension between opposing elements of order and chaos. Sometimes borrowing from traditional Persian painting and iconography, he immerses them in abstraction and ambiguity. In his more politically driven works he juxtaposed calligraphy with known public personas and modern symbols of violence and con ict to explore the question of today’s political uncertainty and terror throughout the Middle East. Nasernia employs the icons of the past and the modern world, infuses them with letters and lines to create a visual lexicon of his own. He has exhibited his work in multiple group as well as solo shows in Dubai and Tehran.

FBB. Tell us your story, Sasan.

My interest in art and calligraphy in particular goes back a long time. Since childhood I have always been creating art in one way or another, and during my teen years I started practicing traditional styles of Thuluth and Nastaleeq on my own. These studies made me understand the basics of harmony and rhythm in letter combinations.

After high school I joined the faculty of fine arts at Azad University, Tehran. I chose graphic design due to the fact that it was kind of an exotic brand new subject and so were the earliest generations of personal computers which had revolutionized the design world, and everyone was interested to join the new trend in town.

So began my practice as graphic designer. Although I was successful in carving a carrier in it but it also drifted me away from my dream of becoming an actual fine artist. During those years my experiments with typography and calligraphy never ceased to exist, however I never exhibited any of those early attempts which were mainly done in computer. After 10 years on the job, at one point I decided to make the extra effort to bring my purely artistic ideas to life and share them with the world.

Obviously I love calligraphy. To me it is a mystical vehicle of both mystery and human wisdom. When I began learning the basic rules of the known traditional styles it occurred to me that each word and letter combination, apart from its literal meaning, has a music embedded within them. During university years, I became familiar with contemporary masters and specially those belonging to Saqqakhaneh movement. I realized that by using the words in a modern and contemporary way, I’d be able to ‘hear’ and ‘look at’ this music more effectively and freely. I began experimenting with combining words, weaving, distorting, repeating them and also during later years; infusing them with other elements such as figures, geometric shapes and even hidden magnetic forces!

I’m constantly wrestling with new ideas, trying to push the envelope in creating calligraphy-based visual art. What today is called Calligraphy-painting is mostly drawing a calligraphic piece with painterly methods and technics. Having this more familiar approach in my toolbox, at the same time my other attempt is to ‘calligraphy the painting’, if I may paraphrase it that way. If you see a painting of me and feel that there is a hidden message in the frame, inviting you to decode it; then I consider it a successful piece!

Also through years, I have developed a kind of personal style based on old Kufic school. It is highly rhythmic and decorative and can be formed and shaped in any frame or space. I call it “Crazy Kufic” since in it, I tend to insert instances of irregularity and chaos. The interaction between two opposing elements of chaos and order in my calligraphy plays a huge role.

FBB. What do you consider being your greatest goal and achievement as an Iranian artist today.

When I look around in search for examples of artistic achievement, it always surprises me that even most prolific and highly successful artists, somehow reach that level of achievement in a sort of transcendental way. Often times they even don’t consciously relate to their status as successful artists. They have spent their time crafting their ideas, worked hard with utmost honesty and authenticity; then let the world take its turn to find out about them and appreciate their work. Of course there is always some degree of luck involved. Similarly, I have come to understand that my most important role is to create and try to be true to myself. Hopefully whatever happens later, would be greatly rewarding.

FBB. You have been selected by DKNY to work on their campaigns back in 2013. Talk to us about that.

Yes, that was a wonderful experience! DKNY creative team decided to commemorate the 20th anniversary of their famous NY mural by re-examining the same idea (combining the company logo with artworks) on a global stage. They chose 10 artists from their respective home cities, such as Paris, London, Tokyo, etc. For their Dubai and Kuwait City editions they approached me. I gave them my idea of a hyper-modern calligraphic piece in which ‘I love NY’ and ‘I love Dubai/Kuwait’ (both written in Arabic) enter the canvas from opposite sides and meet in the middle. It was meant to convey the message of dialogue, friendship and connectivity in today’s global village. They loved the idea and the rest is history!

I tend to be one of those artists who prefer to avoid style categorization. If one would look at my portfolio, he/she at times, would see completely different approaches and interpretations. Of course my work base has always been calligraphy and letter forms. Having said that, I prefer not to stay in one place and I project any idea which would seem to me novel and worthwhile, however different it may seem compare to my previous works.

There are Iranian artists whose art cannot be classified as Persian/Middle Eastern and then there are artists like myself who are not only from Iran, but also their art in heavily influenced by the country’s history and culture. This, naturally could have an effect on the variety of my audience and limit them to the Middle East. However, I would like to present my art in other parts of the world as well and see how people from different cultures react to and receive the work. This of course, is a gradual process and takes time and effort. Web is a great tool and platforms such as Instagram nowadays are a good way to reach out to distant audience.

Multiple projects actually. On one hand I am preparing new pieces aimed for my next solo show. At the same time I regularly create commission based works, like couple of projects in which I am integrating my calligraphy with the interior architecture. They are at different stages, very exciting and very different in nature. The results of one of them will be shared on my website and social media pages soon.

FBB. What message do you have to other Iranian artists who would like to have their works shown outside of Iran?

Iran is such a rich country in both quality and quantity of practicing artists. The number of art graduates each year is staggering! In such a competitive environment, one should keep his/her focus on his/her vision and be aware of the value of networking, on a local level as well as on the web. 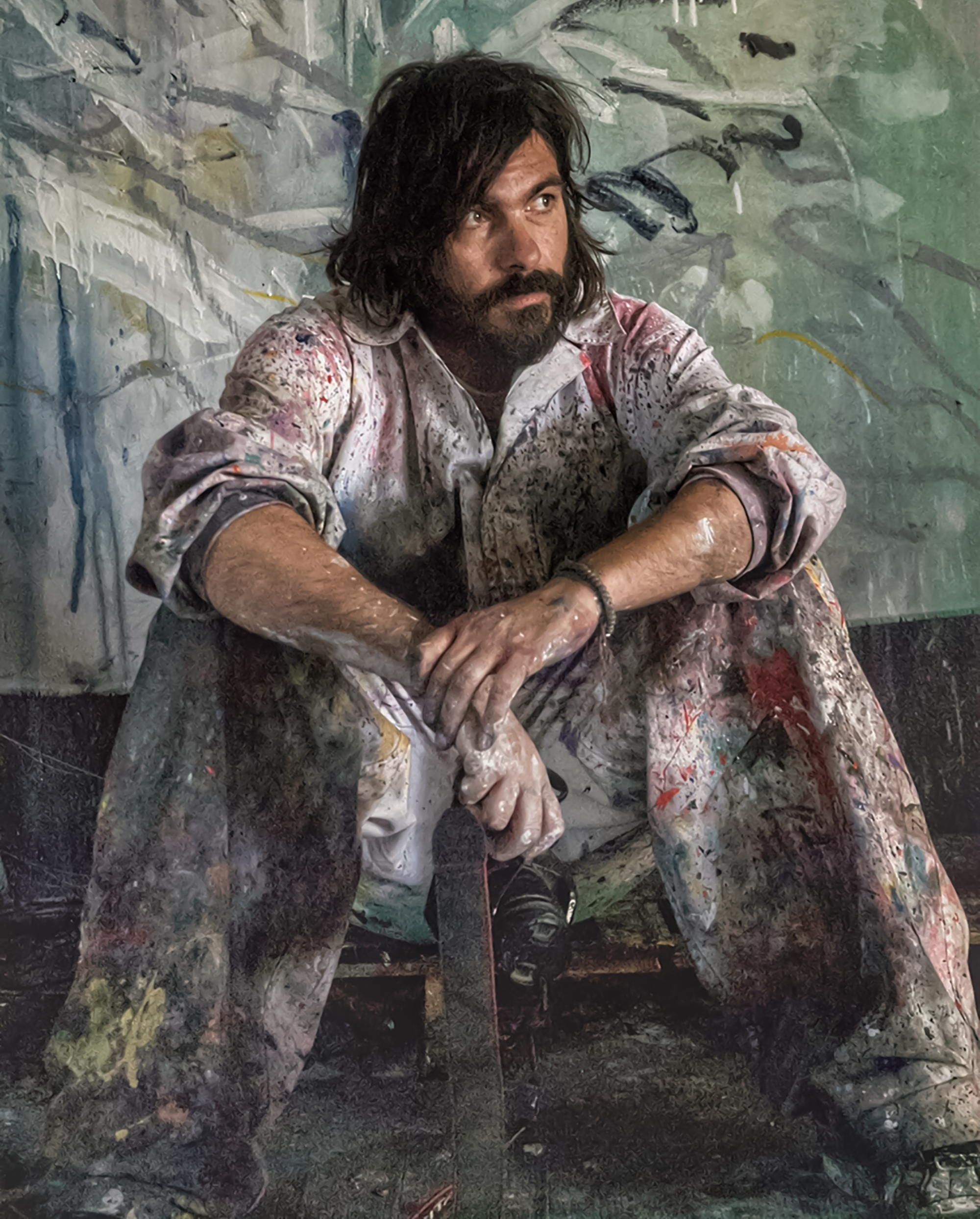 Interview with Firouz Farmanfarmaian
History and memory inform the work of Persian-born artist Firouz Farman Farmaian, whose lifetime of living in exile in Paris,...
Fermer